In accordance with the Concession Contract, the Concessionaire has established the concessionary company Aleat Sh.p.k. (referred as Aleat), a limited liability company, established and operating according to the Albanian legislation, registered to the National Registration Center on 18 August 2008, with unique identification number NIPT K82018015V, with registered office at Rr. Xhanfize Keko, Tirana. Albania, duly represented by Mr. Jean Alain JOUAN, as CEO 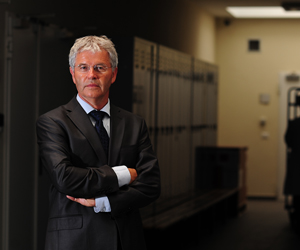 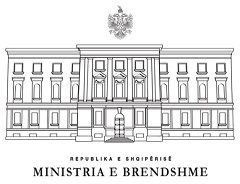 The Ministry of Interior of the Republic of Albania (referred as Authority),

The following consortium of companies:

IDEMIA (formerly known as Sagem Security attested by Certificate of Business Registry in France), a public limited company, registered office is located 11, boulevard Gallieni, 92130 lssy-less Moulineaux, France, represented by Mr. Pierre BARRIAL, duly authorized for the purposes in his capacity as the Group's President & CEO, and

Albanian – American Enterprise Fund (AAEF) , a not for profit corporation incorparated under the laws of the State of Delaware in the United States of America, whose registered offices is located at 14 East 60th Street, Suite 407, New York, NY 10022 USA, represented by Mr. Michael GRANOFF, Board Chairman and having a representive office at Rr. Ibrahim Rugova, Green Park Complex, Tower 2, 11 Floor, Tirana, Albania and represented by Mr. Aleksander Sarapuli and Mr. Martin Mata, duly authorized for the purposes hereof.

Aleat Sh.p.k. (“Aleat”) is a company operating in Albania based on the Concession Contract entered between the Ministry of Internal Affairs of Albania and consortium of IDEMIA SA (France) and Albanian American Enterprise Fund (Albania) for the production and distribution of the Identity Cards and Biometric Passports to the Albanian citizens. The Concession Contract was ratified by law nr. 9972 date on 27.08.2008, and further amended and extended recently with the law nr. 129/2013, date on 25.04.2013.

As a matter of fact, Year 2013 has been a very important year for the current and future development of e-Digital Albania. In March 2013, the Consortium and the Albanian Government successfully finalized a series of negotiation meetings for the extension of the Concession Contract for an additional period of 10 years.

Extension of the Contract, between both Parties, the Republic of Albania and Aleat, put very important Milestones in front of Aleat starting from mid Year 2013.

This Certification came after an accurate and dedicated work from Aleat & IDEMIA to comply with the technical and administrative requirements of the said Authority, in accordance with the Albanian Law on Electronic Signature and other applicable secondary legislation. All the necessary technical and administrative paper works are duly submitted to the NAEC Authority.

eID Activation System (what we refer to as “Post Issuance Software & Hardware”) has been developed by IDEMIA France and is deployed and tested in Aleat Central Site during Year 2013. Aleat since early 2014 started with this process in the Central Site to load e-certificate in the ID Cards after new enrolments and during the personalization and production process, before being distributed to the Albanian Citizens. For ID card produced prior year 2014 a major step remains the process of eID Activation in the CSOs to allow the Citizens already having an ID Card to come and activate it in Aleat remote offices.

Deployment process is planned to be implemented gradually with the objective to cover the 36 Cities of all the Albanian Districts. eID Activation System is deployed in Aleat remote offices (CSOs) in the Big Cities of Albanian territory (Tirana, Durres, Vlora, Shkodra, etc.) to allow Citizens to come and activate their ID Cards (insert the e-Certificate).

eALEAT Platform and its Services are fully operational for Authentication and Electronic Signature.

© 2021 Aleat Shpk. All the rights are reserved | LEGAL NOTES | CREDITS